As one of the Monday Motivation designs, this little pillow provides a cute encouragement to “Face your fears”.

The theme was fear, but the idea was to provide an encouraging message, not scare people away. The cute ghost idea came early on. It needed to be matched with the appropriate typography to complement the message, though. After some sketching, two main directions emerged: 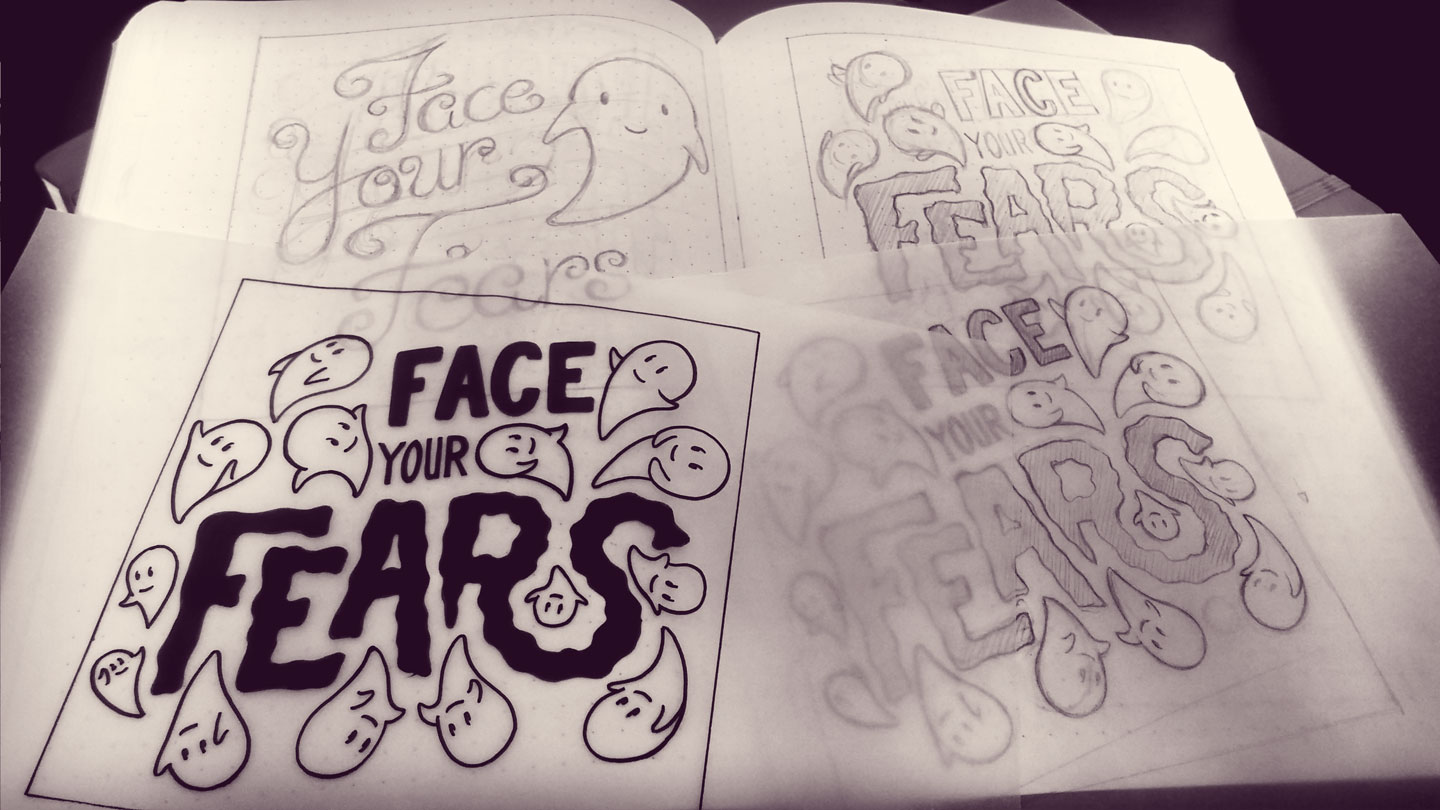 The design with the crowd of ghosts provided a much stronger message, with its bold letters. The trembling “fears” echoed the theme of the message. And overall the letters had a much friendlier look than the other draft, closer to what I had in mind. The ghosts also helped frame the letters, making the design more cohesive. Plus that’s plenty more cute ghosts than the other one!

Crowd of ghost it was then! The initial sketch was still pretty raw though, just detailed enough to give an overall idea. I had to refine it and add all the necessary details before I could ink the design. Inking, rather than tracing digitally, would help keep the hand drawn feel and contribute to making the design friendly and approachable.

After I scanned the black and white (well… transparent) version of the design, it was time to add some colors in Photoshop. A deep purple would provide a nightly atmosphere, while a spooky green would tie the letters to the theme even more. Some kind of translucent white was the obvious choice for the ghosts. Despite the textured edges from the scanning, the flat colors were making everything a bit too tidy, though. So I added a bit of texture to the letters to reinforce that handmade/friendly feeling, bringing the final design as it is now. 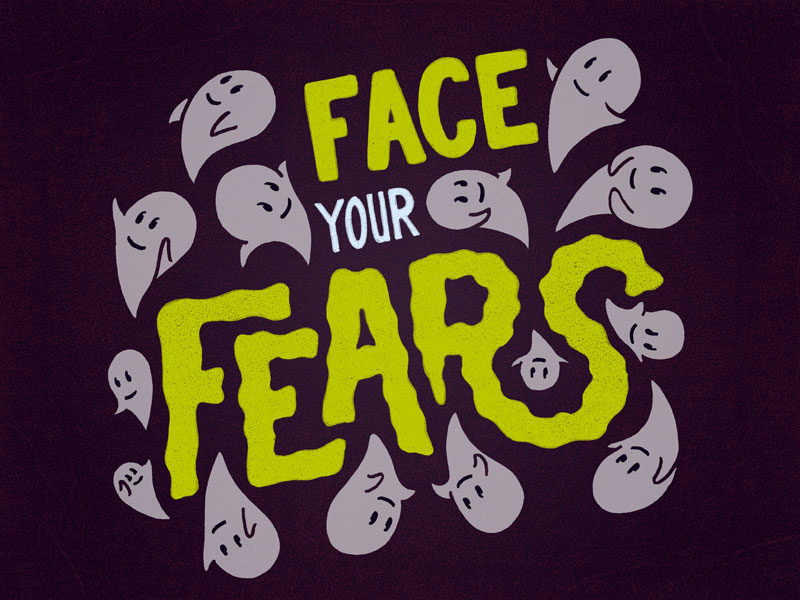 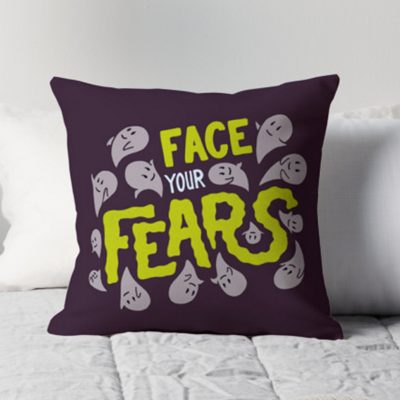