Like all projects, this one started with small sketches in my notebook to decide the general layout of the words. For this design especially, calligraphy explorations helped create a really energetic look for “Game”. Early attempts had all the words in a similar style, but digging further, combinations of different styles made a more interesting design, bringing contrast between the different parts of the message.

Set on a general direction, it was then time to work at larger scale. Using tracing paper, I decided on the final shapes of the design and added the details that would make the arrow feel less empty and tie everything together. 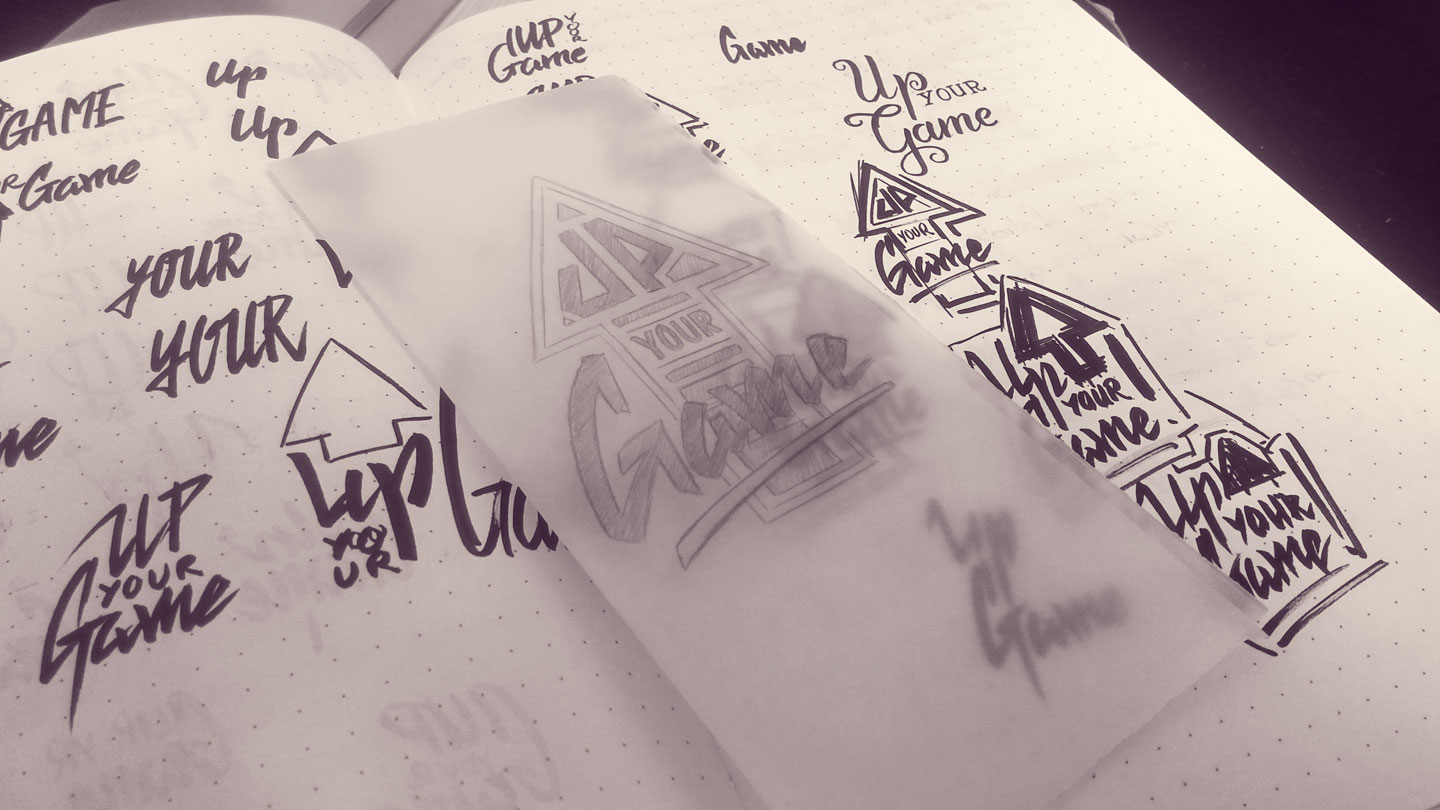 The design has a lot of straight edges. To keep them sharp in the final artwork, tracing a vector image was the way to go. No bleeding ink or tiny wobbles in the lines this way, giving the piece a handmade feel that I wasn’t after.

Once the shapes were ready in Illustrator, it was time to decide on some colors to make the design stand out. I was looking for a dynamic look, so the combination of bright yellow, pink and cyan really felt a strong choice. It gave the arrow a lot of personality and make the white “Game” stand out from it. This would limit the background choices a bit, but I was fine with a dark/black t-shirt as a final product.

In the end, these colors felt like they’d be at home on a TV screen of the 80s/90s, with visible lines of pixels and some glitches appearing here and there. I decided to follow this path and jumped into Photoshop to add those details, leading to the final piece as it is now.

“Up your game” t-shirt