I was thrilled the TEDxBristol team chose me to design this year’s conference branding. For this edition, they were looking for something bold & edgy to match the “Dare to Disrupt” theme. And of course, a design linked to the city of the conference, Bristol. Here’s a behind the scene look at how the branding came to be.

Street art is big in Bristol, with plenty of walls covered in amazing graffiti. This felt a great match to link the branding to the city. For the other part of the brief, I needed to be sure we were on the same page regarding what “bold & edgy” meant before drawing anything. To validate the design would go in the right direction, I gathered some inspiration on Pinterest to discuss with Nat who was managing the project for the TEDx team.

Now clearer on what matched (or didn’t) the theme, I could get sketching and quickly dismiss ideas that would have led nowhere. Things start really small first, with tiny sketches to explore different ideas rapidly. Calligraphy is also a big time saver at that stage: writing goes faster than drawing the outlines of the letters. 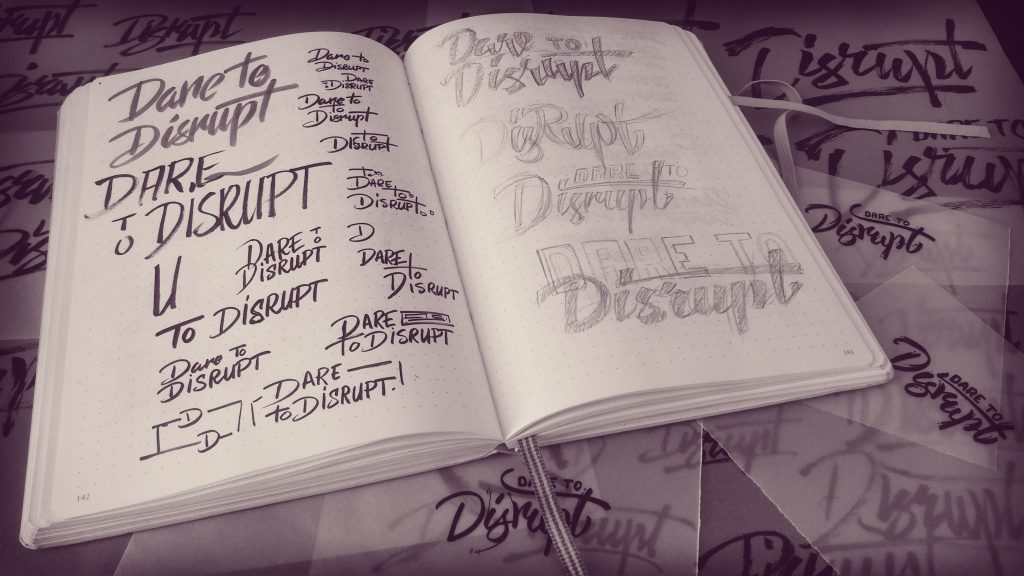 Once I had a few options I was happy with, it was time to draw bigger and cleaner versions for presentation. A few main directions had emerged from the exploration: 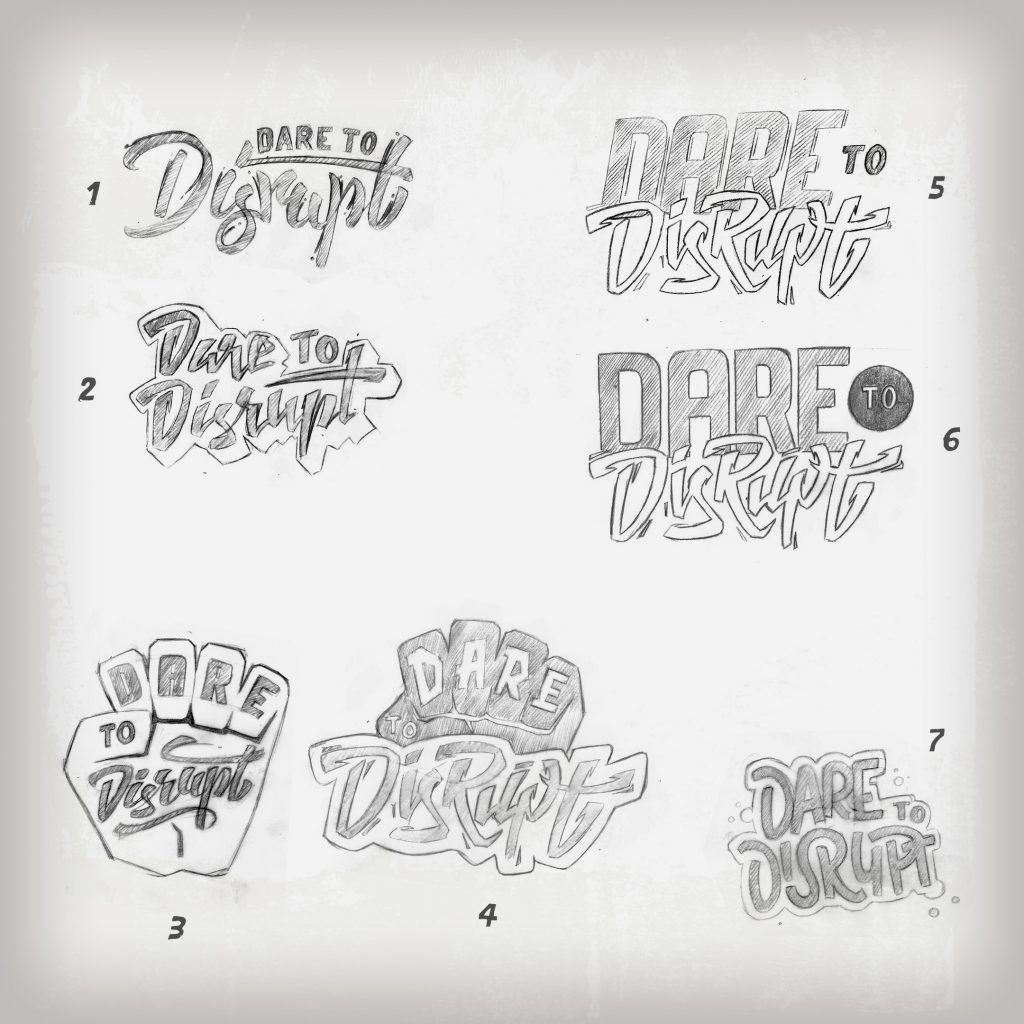 You’ll recognise the final branding is pretty close to option 1. At that stage, though, its letters were still a bit too soft. They needed a tougher feel. I felt it didn’t have enough of a graffiti feel, which led to the bold outline framing the “Disrupt” part.

With the shapes now pretty solid, it was time to look at colors and combination with the TEDx logo. There was one major constraint here: the TEDx logo should only be used over a black or white background. Problem solved with the white paint mark to contain both the graffiti and the TEDx logo. With it, the branding could be applied to a wider range of background.

The initial ‘D’ mixed with the ‘i’ had some legibility issue though. One last redraw and it was time to create the final images. They would need to scale without blurring, so they adapt to whichever support they’re displayed on. This meant tracing the design into Illustrator, something I had delayed until now. To save time, all the color versions so far were quickly inked scans colored in Photoshop.

In the end, the preferred background remained black, providing the boldest contrast with the white paint mark. It also provided added flexibility to put the TEDx logo inside or outside the paint, or even to not use the paint mark at all. “Disrupt” was made to stand out with a light-red tone that would sit well next to the TEDx logo.

And there we were, the branding for this year’s TEDxBristol was born. Hope you’ll enjoy the talks in November, head to the event website to snatch your ticket! See you there!

PS. And if you’re looking for some bespoke letters for your own branding, get in touch!